How fast is your monthly close process? Better take a look at it.

What every good controller should be up to this December 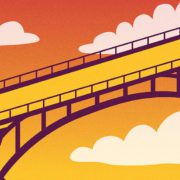 Red flags in the finance org: The one simple question every new CFO should ask

Any cookies that may not be particularly necessary for the website to function and is used specifically to collect user personal data via analytics, ads, other embedded contents are termed as non-necessary cookies. It is mandatory to procure user consent prior to running these cookies on your website.