A huge exhale! You either heard it or experienced the collective sigh of relief last week when the Financial Accounting Standards Board announced the delay of some rule implementation deadlines, including the effective date for the new lease accounting standard. Now private companies have until January 2021 to adopt ASC 842. So, is now a good time for a vacation? Probably not. View this reprieve as less of a break and more of an incentive to get cracking on accounting for the leases in your company—including the embedded leases you may still need to identify. There is work to be done, and you now have a bit more time to do it right.

It turns out that private companies truly need this “extra” time to implement the new standard, which public companies found to be more confusing and complicated than first expected. Several aspects of the rule tripped up public company lessees as they scrutinized their right-of-use assets and associated obligations and considered whether to move them out of the footnotes and onto their balance sheets. They wrung their hands over looking more leveraged and the best way to explain that to their investors. And they found themselves right up against the deadline for powering through what turned out to be quite a complex effort.

FASB’s announcement that it’s delaying the effective dates of the lease accounting rule (in addition to other standards for credit losses, hedging, and some insurance contracts) wasn’t a surprise. The board proposed making these deferrals back in August.

While it was fair to feel relief when the announcement came through, this isn’t the time to procrastinate. The time that FASB is giving private companies is needed—all of it. Implementing this standard is so much harder and trickier than you think. Public companies, whose deadline for the leasing standard was this past January, found this out when they went through their implementations, and they needed a lot more resources to dedicate to this big project.

With the new extension, private companies have an opportunity to benefit from what public companies learned during their implementation efforts, be more deliberate in their efforts, put a smoother process in place, and possibly experience fewer questions by their auditors than they would have under the original time crunch.

The fact is that implementing the new lease accounting standard is challenging. Public companies struggled with a range of issues, from spending too much time on immaterial arrangements to inadvertently overlooking agreements that needed a closer look. Common challenges with the new way of accounting for leases include:

For private companies that haven’t yet started implementing ASC 842, now is the time to put a thoughtful plan in motion. Taking on the lease accounting standard can require input from all sides of the business while also educating other functions about what falls under the new standard. The finance team needs help, time, and resources as you work through understanding the various business arrangements that may contain embedded leases. There may be a need to revisit how agreements are made between the company and vendors. And you may want to include the insights of the IT team to bring in a new system.

Finance and accounting pros who have helped public companies through the process and know how to conquer the standard’s toughest challenges can be an incredibly valuable resource through it all.

For more key takeaways for private companies in the midst of adopting the leasing standard, check out the webinar “Get a Handle on Revenue Recognition and Lease Accounting Before It’s Too Late.”

As RoseRyan Director of Strategic Projects, Brooks Ensign oversees the growth and leads the team of a broad array of our finance and accounting solutions, including our highly regarded Technical Accounting Group. Before joining RoseRyan, Brooks served as an interim controller and SEC reporting consultant for both public and private companies. He was also the controller of Nervana Systems, an artificial intelligence startup that was acquired by Intel, and he led international corporate development transactions at Valeant Pharmaceuticals. 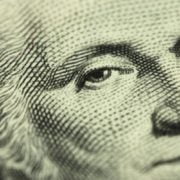 5 tips for finding financing with the right investors

Recent Posts
Categories
Assessing Your Startup’s Financial Health—Why a Diagnostic Does the Tri...