I’ve been fascinated recently with “currency wars” and the ways national governments are adapting. For instance, the United Kingdom and China are entering their own currency-swap deals, and Brazil, Russia, India, China and South Africa (aka BRICS) have recently agreed to set up their own $100 billion monetary reserve and are reportedly dumping their euro reserves.

Closer to home, currency fluctuations hit U.S.-based multinational corporations in 2012 to the tune of a collective negative impact of $22.7 billion in the third quarter alone. The trend continues in 2013, and currency volatility has for the first time grabbed the attention of management at the highest levels in companies. In this volatile environment, the treasurer is working more closely than ever with the CEO, the CFO, the board and the head of M&A on associated risk management.

But how are companies adapting? For one, tech giant Hewlett-Packard, which has approximately 65 percent of its sales outside the United States, addresses the possibility of countries exiting the euro in its risk disclosures. Companies are increasingly trying to understand the potential implications of currency volatility and how to plan for them; the best advice bankers seem to be able to give is to get the paperwork in order and narrow the number of jurisdictions that hedge contracts are subject to. Restricting business to counter-party banks in a single jurisdiction is a smart move, because at least the terms would be consistent.

When, and if, exposure is clearly quantified, identifying the need for direct risk-mitigation strategies that can be controlled and reduced by operational strategies can best be accomplished by answering the following questions: Where are balances kept and in what currencies? Do FX exposures match the respective trading risks? What is the relationship between subsidiaries and the global parent? Are they financed by loans or equity?

JP Morgan, in the recent article “Managing FX Risk: The Challenge of Global Payments,” says the key is to centralize what is appropriate. In many instances, treasury activity is with business units. It is possible to leave the payments with these units (they are most in touch with vendors and suppliers), but centralize everything else. (Fortunately, several global banks now offer easy-to-use technology that allows multinationals to see their FX exposures without the cost of standardizing all their ERP systems or even requiring the systems to be on the same version.)

Dynamic hedging: using discretion not only when initiating hedges, but also during the life of hedges (9 percent)

Given the rapidly changing environment, it’s imperative that a multinational’s particular strategy be revisited at least quarterly and openly discussed with the board.

Perhaps countries will one day figure out how to calm currency volatility, and currency wars will be a thing of the past. This month, the Bitcoin 2013 conference in San Jose drew more than 1,000 enthusiasts, developers, entrepreneurs, VCs and lawyers. (I still don’t understand how this decentralized, open-source peer-to-peer digital currency works, but I’ll keep trying.) And at the G8 Summit in July 2009, then-president of Russia Dmitry Medvedev presented a newly minted “test coin” representing a “united future world currency.” Mere mention of this in my circles creates very spirited debate between those who believe we’re eventually heading for a single global currency and those who believe entertaining such an idea is simply conspiracy theory.

One thing is for certain, the monetary policies of the mature and emerging markets will continue to keep the senior leadership of multinational companies on their toes. 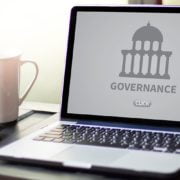 The Challenges and Benefits of Developing a Sarbanes-Oxley Compliance Program

Bitcoins: should CFOs be willing to take the risk?

Don’t let the cloud rain on your parade

New report: how companies can keep their footing amid chaos

Recent Posts
Categories
Breakfast seminar: Will your IPO or M&A be everything it could be? Do a rebuilt foundation and embedded values make you more strategic? We think...
By using this site, you agree to our Online Privacy Policy. OK
Privacy & Cookies Policy